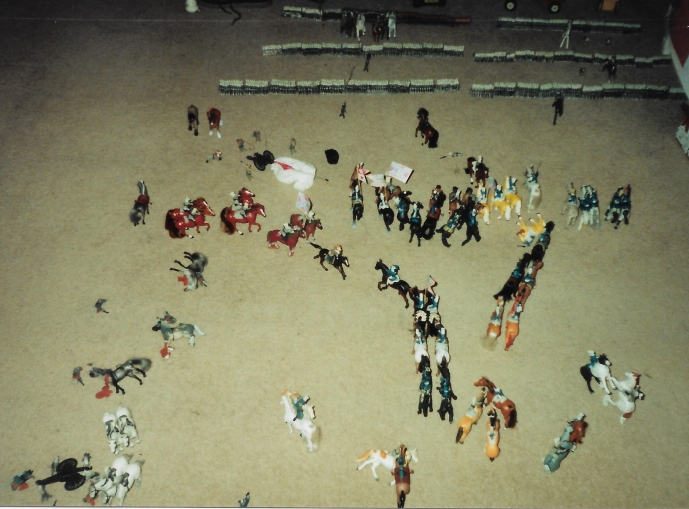 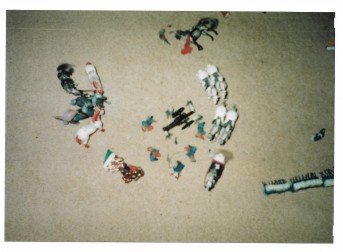 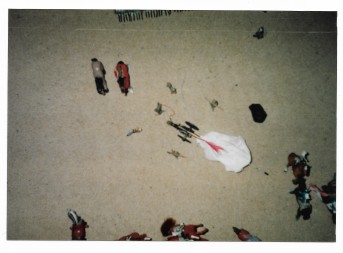 In 1998, we began setting up our “guys” in scenes on the floor. These early dioramas were not permanent, but they signal a shift in our focus. Early on, our armies fought our other toys (see “Meet the Cats”), but at some point Union and Confederate began fighting each other. The problem was, with all of the modeling clay and plastic store-bought horses involved, cavalry battles in particular required quite a bit of repair (“fixing up”) afterwards. When we tired of having to do this each time, we had the thought to build dioramas or stationary scenes. 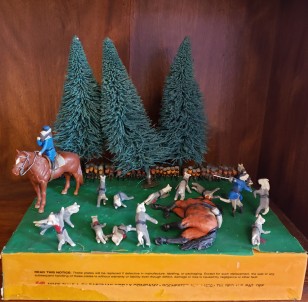 We consider First Bull Run to be our first diorama. Originally, we set it up on a shelf—a line of Union infantry, a line of Confederates lying among the trees, and Gen. Barnard Bee’s retreating Confederates in between. Being only 14 years old, we were not concerned with scale, but we did want to tell the story—in this case, of Gen. Bee giving Gen. Jackson his nickname “Stonewall.” Later, when we began to think of scale, we moved the Confederates onto a box as a base and repurposed the Yankees elsewhere. 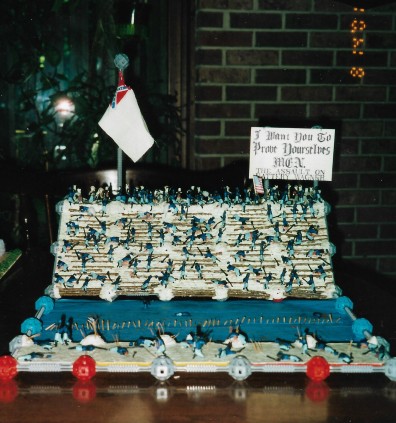 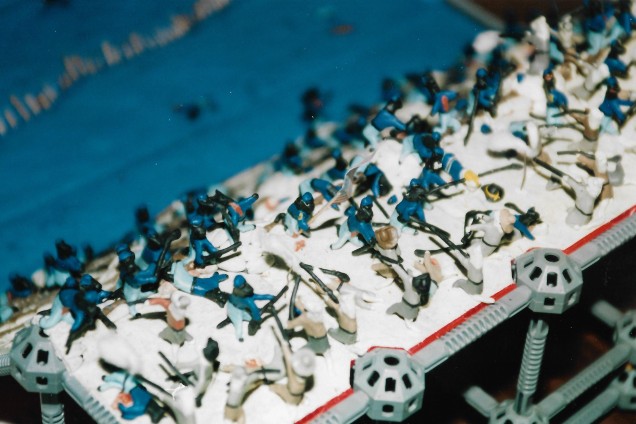 Our first real to-scale diorama is “I Want You To Prove Yourselves,” the 54th Massachusetts attacking Battery Wagner. Inspired by the movie “Glory,” we made a diorama. In October of 1999, we shrank the cats to make the diorama to-scale. Around that time, Rebecca began keeping a census of the cats. We don’t know who Cats 1000 and 2000 are, but we managed to identify Cat 3000 and place him on Battery Wagner. I say “managed” because math is not our strong suit, and Rebecca miscounted and forgot to count enough cats that for a while it seemed we might miss Cat 3000 altogether!

One thought on “25 Years: Diorama Beginnings”